Written by Kelsey Griswold
Updated over a week ago

All users will now have the ability to view the Forms tab in addition to the Form Editor when logging into the GoFormz Web App.

This means that every user will now be able to view the forms they have permission to edit and/or view in a clean and dedicated space using the Forms Tab instead of just the Form Editor on the Web.

To make this change, we have removed the "Access Web Dashboard" permission that is set per group on the Users & Group page. This permission previously controlled if the following sub-permissions could be enabled for a given group.

In addition to removing the "Access Web Dashboard" permissions setting, we have also promoted the below sub permissions to allow Admins to still set allow or not allow groups to Edit, Add and Delete: 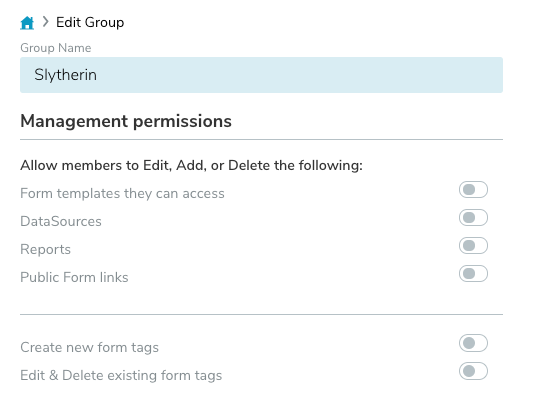 Note: all permission settings prior to this change have remained the same for each group. Access to Templates, Forms, Groups, and GoFormz Features have NOT changed. This change does not affect the GoFormz Mobile Apps.