Written by Sarah Mack
Updated over a week ago

Once the form is open in the Web Form Editor, select the Form actions menu in the top right corner of the editor. 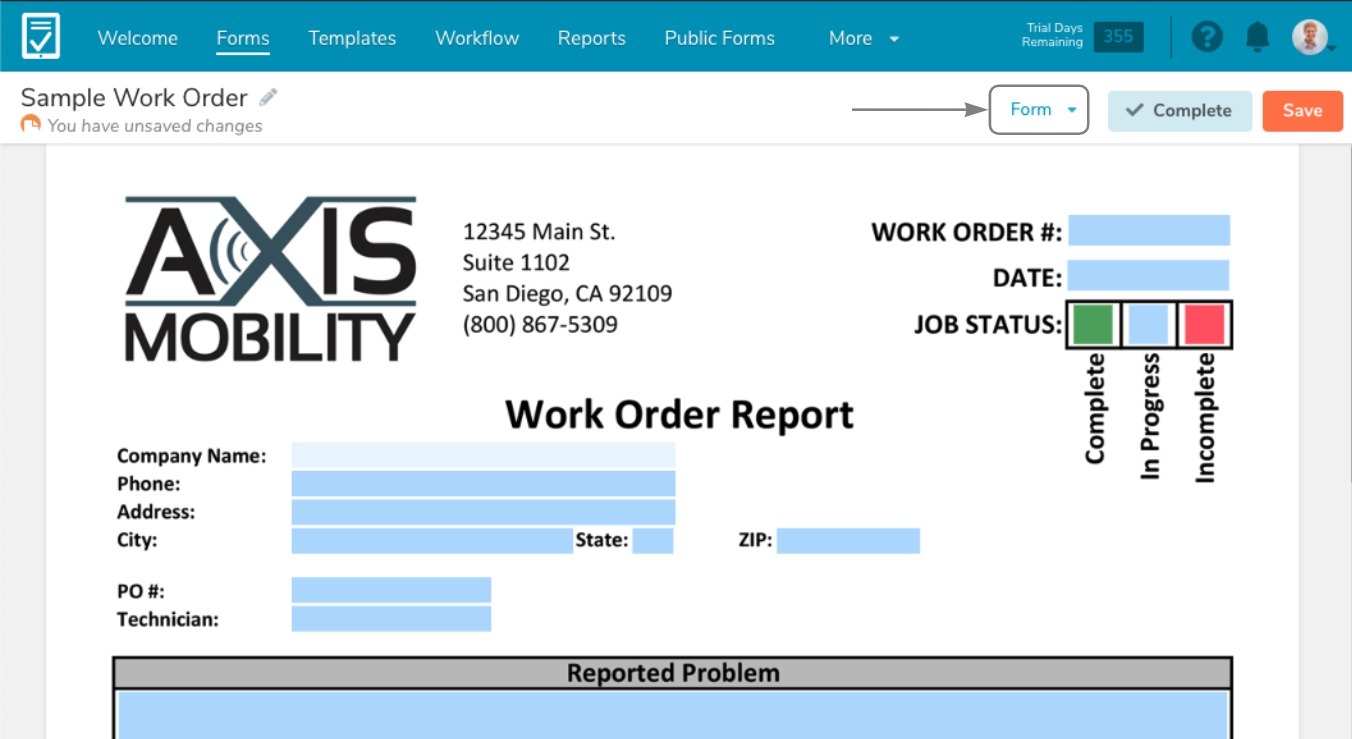 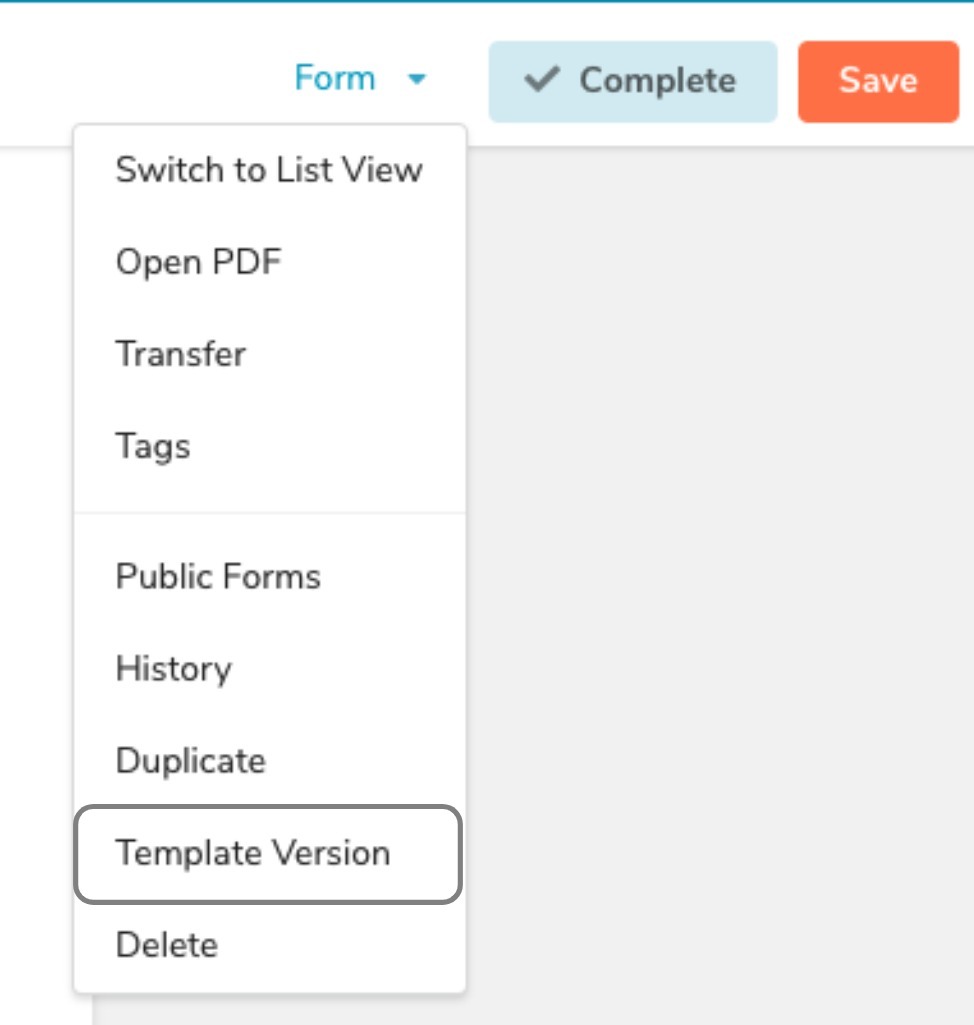 Note that you cannot update a form to use a different template at any time.

In the example below, the current template version in use is Version 1 (designated by the checkmark and bold text). From this dropdown, select any version you would like to update to.

Once you have selected the correct Template Version to update to, click the Save button.

Finally, confirm you would like to complete this action and your form will refresh to reflect any changes made by updating to the selected Template Version.

When updating a form's Template Version, a new Form Version will automatically be created to reflect this update, marking the date, time, what happened, and the user who made the update.